- February 08, 2007
So much of the information we have on Yoga in modern times is because of the inspiration of the Gurus and scholars who have worked so hard to bring yoga to people around the world.
A few of the Yoga Gurus:

Yogis, Researchers and Scholars "It should be thought very strange if one's hands and feet refused to behave, or behaved in a manner which showed that their owner had no control over them. Yet that is how too often human beings allow their most delicate instrument, the mind, to behave."
(Theos Bernard PhD, Explorer and Author of Heaven Lies Within Us)

Mircea Eliade - Founder of "The Chicago School" of history of religion

Popular posts from this blog

The Mudras - "To Bring Forth Delight" 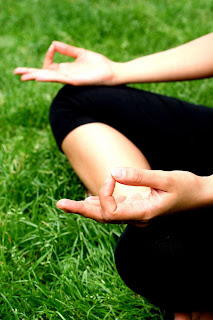 The word Mudra means seal, gesture, or attitude. The interpretation of the word cam be seen as “to bring forth delight”. The mudras in yoga have various psychic, emotional, devotional and aesthetic qualities. The use of mudras allows the yogi to connect his individual pranic energy with the universal energy, or Prana. When we think of prana as being the electricity of the body, we can also think of the mudras as creating a “short-circuit” in the flow of that energy within the body. Mudras are used to a great extent in Classical Indian dance, where the whole body, including the face, is used to symbolise a meaning. They are also used in Japanese Tea Ceremonies in various forms.
.
The mudras consist of physical movements of the body that affect the mind. There are different types of mudras. Some use simply the hands, and these are called Hasta mudras. Others can involve the use of the whole body, where asana, pranayama, bandha and visualisation techniques are combined. Using mudras can al…
Read more

Dear Students, thank you so much for your continued support, your  words of encouragement, and your dedication to practice. See you in class! Namaste, Sejel
"Sejel has a natural talent as a Yoga teacher. Her calming manner and extensive knowledge makes her classes a real pleasure. I come away feeling calm & centered. I can't recommend her enough."

L Murray, Yoga with Sejel in Maida Vale and St. John's Wood
Sejel's classes strike the perfect balance between the mental and physical, the spiritual and the practical, and relaxation and invigoration. When leaving her class I always feel calm, peaceful, more focused and stronger in both body and mind. It's the best yoga class I've found."
L Scott, Yoga with Sejel in Covent Garden

"Attending Sejel's Yoga class is often the highlight of my day. My job is pretty stressful but regular practice has helped me to improve my mental and personal strength so I can cope with stressful situations more ef…
Read more

The Bija Mantras for the Sun Salutations 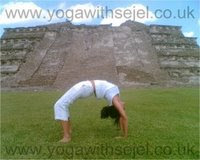 The six bija mantras, or seed syllables for the Surya Namaskar:

To be repeated four times during one round of the Surya Namaskar, or Sun Salutations.


More on the Sun Salutations. Also see Sun Mantras for the Surya Namaskar.

Please note that the articles on this blog are intended as an aid for students practicing under the guidance of a  qualified yoga teacher, for safety, effectiveness and relevance.